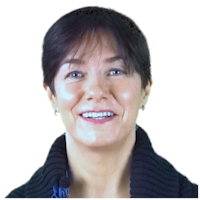 I grew up in Stockholm, Sweden. After my graduation my interest for dance awakened. I attended various courses at Kulturama and the Ballet Academy before I started a three year dance teacher education at the University College of Dance, in Stockholm. I studied classical ballet and free dance. Before that I studied for a time at the London Contemporary Dance School, The Place in England.

I have already as young been interested in life issues. In 1991, I met Sandor A Markus on the Celeste Institute in Stockholm. I borrowed the manuscript of his first book, “From Barbarism to Super Consciousness”. When I read the script, I felt intuitively what was written there was true. Somehow I recognized the knowledge within me.

In 1993 the book was published in Swedish and Sandor A Markus began lecturing throughout Sweden. I accompanied him as his assistant and factotum. I started meditating regularly following his instructions and was later initiated by him into a higher consciousness.

For me there is no other “living” spiritual master teacher on earth, who has such an extensive knowledge and experience as Sandor A Markus. I have had the privilege to be one of his closest associates, and am today active within A.I.C. as International President.